Courageous, friendly, creative, sensitive, respectful, Noom says that limits don’t stop at the sky, nor at the galaxy. We are nothing more than beings put on earth to carry out a mission and that it cannot be limited to the notion of success or recognition. All this is beyond us… He likes to work on his music at night because it feels like a dream but awake. That’s when the magic happens.

Once upon a time, Noom was an artist guided by his heart and soul. He had a precise vision of his art and was aware that his musical productions were entrusted to him by something magical or elusive. He felt it, as if he had been chosen to convey a message to the people of the earth. He was sensitive to the point of being able to marvel at the beauty of the fruits, the landscapes or the social interactions. Noom had a great ability to find singers, talented singers who were often unknown. He sought to sublimate his art and vision.

Noom spent a lot of time in his recording studio trying to capture the moment. Indeed, during one of his many travels, Noom had learned to let go and to improvise emotionally. At the time, he was in Johannesburg, South Africa. He remembers that magical moment when an artist had spontaneously sung on his song during a studio session. A real auditory orgasm.

From then on, Noom, like a drug addict, lived and produced with this principle. Capturing the moment, offering listeners a rich and spontaneous musical experience. The success of his musical projects is constantly evolving and attracting new prospects. Noom, travels from city to city in search of the next collaboration that will get him high. He asked us to give you a message: “Listeners, artists, composers, we’ll see you soon, there’s no need to prepare, you’ll know when I’ll be there and you’ll just have to be yourself”!

Noom continues the mission for which he is here: to make you laugh (sometimes cry) and dance! 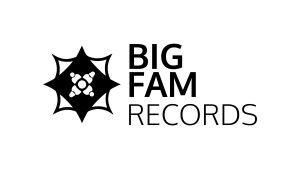 This Sliding Bar can be switched on or off in theme options, and can take any widget you throw at it or even fill it with your custom HTML Code. Its perfect for grabbing the attention of your viewers. Choose between 1, 2, 3 or 4 columns, set the background color, widget divider color, activate transparency, a top border or fully disable it on desktop and mobile.

Sign-up to get the latest news and update information. Don’t worry, we won’t send spam!